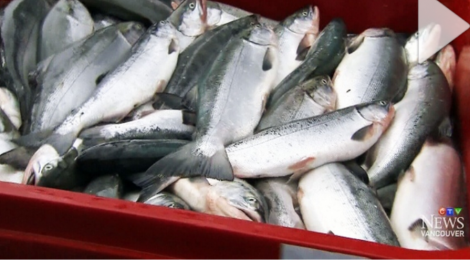 “It puts a smile on my face to hear some good news for a change.”

A record-shattering number of sockeye salmon is estimated to be returning to the Fraser River this year, but whether the prediction holds any water remains to be seen.

The Department of Fisheries and Oceans is estimating this year’s sockeye run at up to a staggering 72-million fish, more than double the record run of 30 million in 2010.

The fishing industry is already preparing for the prospect of a banner year.

“It’s a fishermen’s dream, obviously,” said Frank Keitsch of Organic Ocean. “It’s going to be a challenge, so this morning we’re already thinking ‘Okay, is my boat gonna be ready? Do I need more crew?’ There are a lot of things going through your mind.”

Keitsch said the boon could be good news not only for fishermen but for consumers as well.